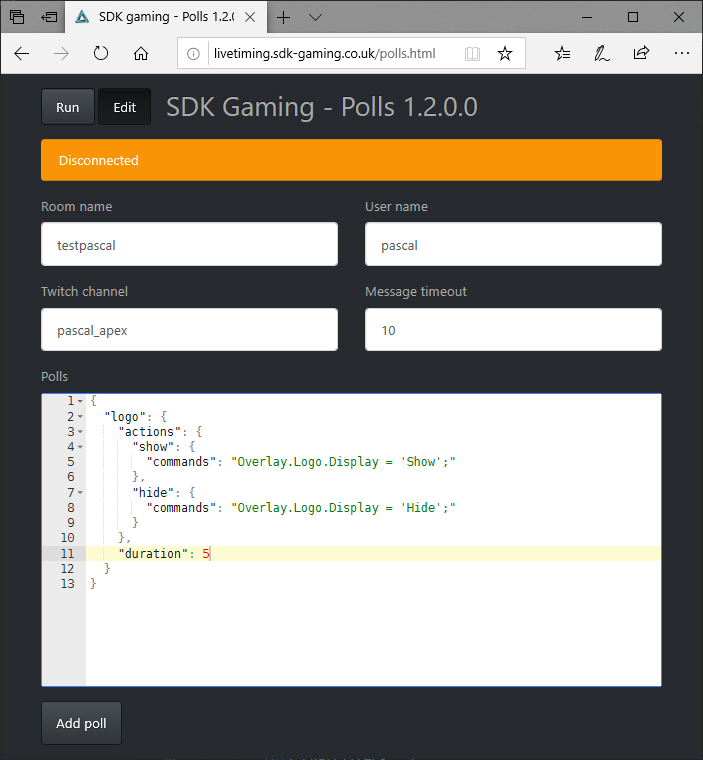 This web app has been designed to allow Twitch viewers to start predefined polls and vote for specific actions in predefined polls. The outcome of a poll triggers one or more iRacing Live Timing variable value changes. It can be found here: Twitch Polls.

After following this user manual, if you require further technical support please join our Discord server. This is also where you can find our community to discuss the apps, share project files and suggest new features!

The application has an Edit mode to build polls and a Run mode for normal operation. Mode can be selected by clicking the Run/Edit button. Settings are automatically saved on exit. If several sets of settings or several simultaneous sessions are required an ?instance=xyz parameter can be added to the URL. For example https://livetiming.sdk-gaming.co.uk/polls.html?instance=settings1 would have other settings than https://livetiming.sdk-gaming.co.uk/polls.html?instance=settings2.

In run mode the live Twitch chat is displayed in the upper part of the screen. The lower part displays the current state and results of running polls:

As soon as the application is in run mode it is listening to the chat of the Twitch channel configured in the Edit page. When a chat message fulfils the following requirements a new poll is started or an existing poll is incremented:

In our example above logo show or logo hide are valid commands that will be interpreted and displayed in the Poll events window. Operating rules of a poll:

A test mode has been built into the application to check if connection to Twitch works as expected. Set Twitch channel to test in the Edit page: in the Run page a demo chat should start scrolling. 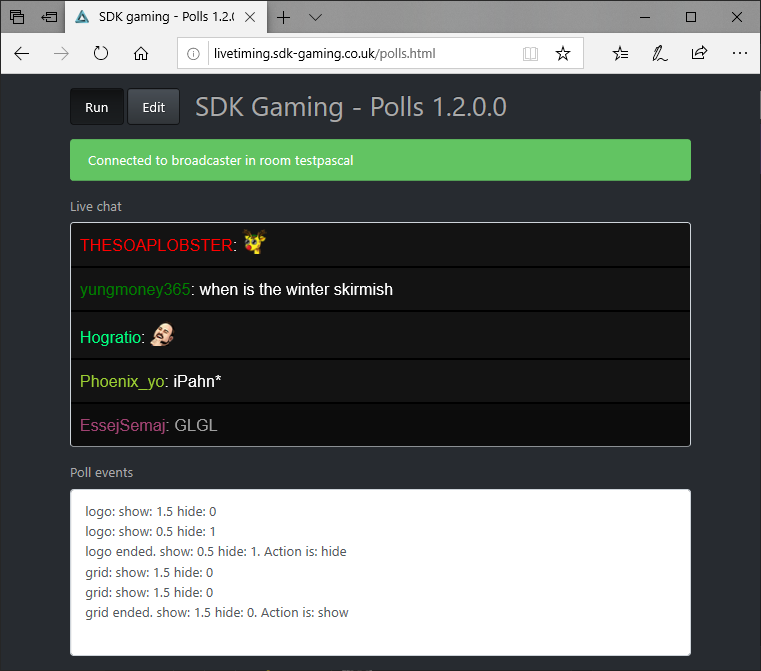