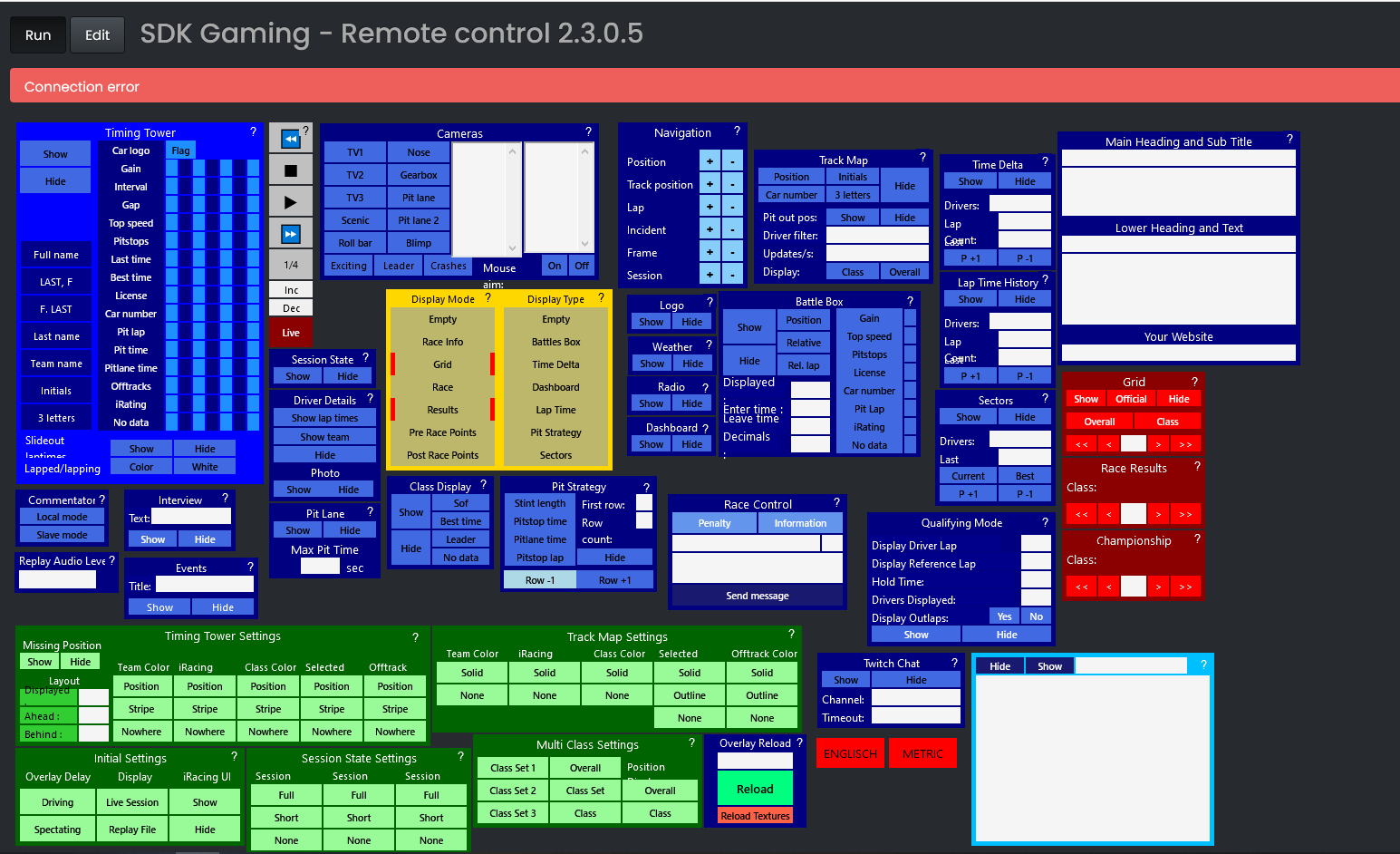 This web app has been designed to allow interactive changes to any iRacing Live Timing variable if access is granted. Unlike the Variable Editor where variable name and value have to be typed in, the Remote Control web app has an edit mode to build a simple user interface or to import a layout built in iRacingLiveTiming. It can be found here: Remote Control.

After following this user manual, if you require further technical support please join our Discord server. This is also where you can find our community to discuss the apps, share project files and suggest new features! 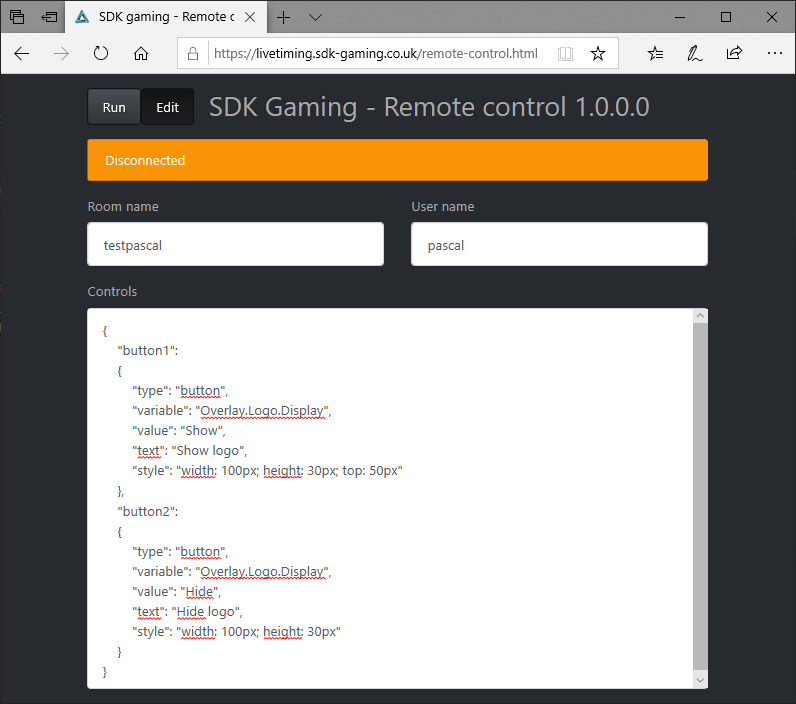 The application has an Edit mode to build user interfaces and a Run mode for normal operation. Mode can be selected by clicking the Run/Edit button.

In run mode, button presses and text box edits will send commands to iRacing Live Timing to control iRacing or change overlay display.
The [+] button in the top right of the window opens/closes an ordered list of drivers in session. Clicking a driver name selects the driver in iRacingLiveTiming and iRacing.